Delta Variant and Travel Restrictions in Europe: What to Know

When Europe reopened its borders to Americans in mid-June, it seemed to promise a summer of relative normality, with U.S. tourists boarding trans-Atlantic flights and once again freely strolling the plazas of the continent’s cities.

The American visitors are back, but, driven by the highly contagious Delta variant, so are the restrictions.

In Greece and Spain, some regions have brought back nighttime curfews and rules on socializing to contain a sharp rise in coronavirus infections among young people. France, which is battling a fourth wave of the virus, is requiring people to show proof of vaccination or a negative coronavirus test to access restaurants, bars, shopping malls and public transport. Italy will introduce a similar mandate in August, requiring at least one dose of the vaccine or a negative test result for social activities, including visiting museums.

“This is not your usual Europe summer trip where you can just hop between countries carefree without preparation and planning,” said Adrian Kelsey, a market research analyst from New York, who went to Greece last month with a group of friends to celebrate his 40th birthday.

“Chances are things are going to change or something is going to go wrong, and you need to be OK with that reality before you decide to travel internationally,” he added.

For Mr. Kelsey, the issues began before he boarded his flight from New York to Athens. He had been so focused on finalizing details of his itinerary in the Greek islands that he forgot to fill out a passenger locator form that must be submitted before midnight a day before a passenger’s scheduled arrival in Greece.

“They wouldn’t let me on the plane,” he said with an embarrassed laugh. “All my buddies got through and I was left behind and had to pay 600 bucks to change my flight to the next day. It was like a bad joke,” he recalled.

As Mr. Kelsey found, documenting your vaccination or negative test results has become a key part of the experience. Increasingly, countries across Europe, including France and Italy, are extending the use of their digital health passes to allow entry into restaurants, bars and cultural sites.

Getting into the Louvre, for instance, requires not only a reservation, but also proof that you’ve been vaccinated or that you’ve tested negative for the virus within the last 48 hours or that you’ve had the coronavirus and have recovered. Europeans can show their digital health passes, while Americans must bring their vaccination cards or test results.

Making things even more complex is the fact that the rules frequently change. In Spain, nighttime curfews banning people from being outside between 1 a.m. and 6 a.m. were reintroduced in some spots last week, including Barcelona.

“If you’ve come here to party then it could be disappointing, but if you are here for the food, beaches and cultural activities then the restrictions don’t really affect you,” said Mallory Hill, 37, a banker from Seattle, who is traveling around the Catalonian region for the next two weeks with family.

“What’s scary is how quickly the cases are going up here and the trend of vaccinated people getting sick. But there’s also a lot of misinformation and conflicting advice so it’s hard to decide whether we should stay or go all the way back home,” she said. “It looks pretty bad everywhere.”

Even some official advice can be contradictory. On July 26, the U.S. State Department issued a series of “do not travel” advisories for Spain, Portugal, Cyprus and Britain because of a rising number of coronavirus cases in those countries, raising the warning level to a 4, the highest. But just days after that warning, the British government announced that fully vaccinated Americans could visit without having to quarantine.

Updated
July 30, 2021, 4:36 p.m. ET
Virus cases are swelling around the world, and deaths in Africa are surging, the W.H.O. chief says. Florida’s governor plans to sign an order ‘protecting the rights of parents’ on masks in schools. As patients stream into a Covid I.C.U. in Florida, hopes fade.

Visiting Britain can also be challenging, because it uses a complex “traffic light” system that determines restrictions based on which country you are traveling from. The list also changes every three weeks, or earlier, depending on the status of the coronavirus in each destination.

So while Americans coming straight from the United States don’t have to quarantine, if they first visit France, they would be required to quarantine for 10 days and take multiple tests because of concerns over the prevalence of the Beta variant in that country.

Going from Britain to the countries of the European Union isn’t any easier. A growing number of countries in the bloc have imposed additional measures for travelers from Britain, including PCR tests and quarantine, because of the high rate of the Delta variant in Britain. All visitors traveling from Britain to Italy must present a negative Covid-19 test before departure, quarantine for five days upon arrival, and present another negative test at the end of their isolation period.

“Before when I visited Europe, I would visit multiple countries to make the long trip worthwhile,” Ms. Hill said. “But now I think it’s smart to just pick one place and stick to it because restrictions are being reintroduced everywhere, even between European countries.”

Figuring all this out can be head spinning and the American Society of Travel Advisors says it has seen an 81 percent increase in interest from potential travelers seeking advice about the constantly changing rules.

Understand the State of Vaccine Mandates in the U.S.

College and universities. More than 400 colleges and universities are requiring students to be vaccinated for Covid-19. Almost all are in states that voted for President Biden. Hospitals and medical centers. Many hospitals and major health systems are requiring employees to get the Covid-19 vaccine, citing rising caseloads fueled by the Delta variant and stubbornly low vaccination rates in their communities, even within their work force. In N.Y.C., workers in city-run hospitals and health clinics will be required to get vaccinated or else get tested on a weekly basis. Federal employees. President Biden announced that all civilian federal employees must be vaccinated against the coronavirus or be forced to submit to regular testing, social distancing, mask requirements and restrictions on most travel. State workers in New York will face similar restrictions. Can your employer require a vaccine? Companies can require workers entering the workplace to be vaccinated against the coronavirus, according to recent U.S. government guidance.

“We are telling our clients to pack their patience because the rules are constantly changing and there is a lot of misinformation, so patience is really key,” said Jennifer Wilson-Buttigieg, a co-president of Valerie Wilson Travel, a New York-based travel consulting company.

“We don’t want people to overreact, we want them to have the facts,” Ms. Wilson-Buttigieg continued. “This is a global health crisis and it’s not just about looking at infection rates in each country, it’s about recognizing that you might get sick and it’s really important to have a conversation with an adviser to determine what your risk tolerance is and the best choices for you.”

Jennifer Collett, 38, a therapist from Boston, dreamed of visiting seven countries in Europe this summer. Then she reached out to a travel adviser for tips.

“It was the best thing I did because she gave me the reality check I needed,” she said. “The pandemic is not over and traveling over a long time is complicated and risky. She told me to pick one place and I chose Paris and went in June.”

At the time Ms. Collett said she did not face any restrictions, but found it useful to be prepped about capacity restrictions at museums and types of insurance that would pay to repatriate her if she got sick.

“Everything is so unpredictable with this pandemic that it really helps to have a guide, even if they aren’t physically with you during your trip,” she said.

Mr. Kelsey, who went to Greece with his friends, feels lucky that he managed to take the trip before cases started going up in Europe and new restrictions were put in place, particularly on the island of Mykonos, known for its party atmosphere, which they visited weeks before music was banned, and a nighttime curfew was reinstated. (The restrictions have since been lifted.)

“We had a great time, and we didn’t get Covid, which is all you can ask for,” he said. “But things are different now and it’s much harder to figure out where to go that isn’t suddenly going to become restricted.” 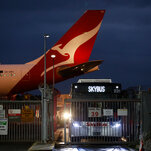 Australia to Allow Some Returnees to Quarantine at Home 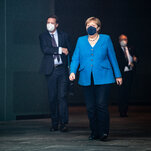 Merkel Leaves the German Economy With Trouble Under the Hood 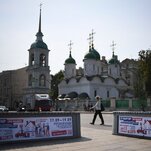 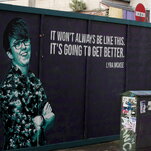 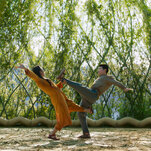 Why 'Shang-Chi' Isn't a Hit in China 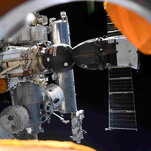 Russia to Shoot First Full-Length Movie in Space, 'The Challenge'